The Merlot Renaissance: Merlot reclaims its rightful place in the Napa Valley canon

A beloved grape of Bordeaux since at least its earliest recorded mention in 1784, Merlot has been going strong for more than 200 years in Europe.

In the 1990s, as red wine became more popular in the United States, the grape—thought to be named after a blackbird (merle in French) that ate the berries—saw a fast rise in popularity and was correctly associated with the production of lush, silken red wines.

Then in 2004, everything went sideways. Sideways, that is, as in the popular film where the main character pronounced: “If anyone orders Merlot, I’m leaving, I am NOT drinking any (expletive) Merlot!”

The impact of the film went beyond the box office and Merlot sales dropped; according to one estimate, the Merlot market, particularly in the United States and Great Britain, lost $400 million in the decade following the movie. By 2010, California’s Merlot-planted acreage had dropped by about 10 percent.

Thankfully, consumers have now put that cinematic stigma behind them. And in the meantime, the downturn discouraged regions that were producing lower-quality Merlot intended to appeal to a mass audience from growing the grape.

These days, particularly in Napa Valley, Merlot has been resuming its rightful place as a much-loved variety.

In general, the valley’s climate and soil are perfect for growing Merlot, and it is one of the most planted grape varieties after Cabernet Sauvignon and Chardonnay. At the same time, differences among Napa Valley’s nested AVAs allow for a wide diversity of Merlot out of the vineyard.

Whether those grapes result in an intense, full-bodied style with notes of plum and blackberry; a more medium-bodied wine with fresh, red fruit flavors (raspberries, strawberries); or some variation or combination of the two, Merlot is easy to love—drinkable on its own or as a perfect complement to many foods.

A PASSION FOR MERLOT

Steadfast Merlot lovers Margaret and Dan Duckhorn of Duckhorn Vineyards have been championing it as a stand-alone variety since their winery’s inaugural vintage in 1978.

“At Duckhorn Vineyards, we have always carried the torch for New World Merlot,” says winemaker Renée Ary. “Our founders’ passion for it has been a part of our DNA for the past 40-plus years.”

According to Ary, Merlot has “a pleasure factor that is off the charts,” “a gorgeous supple texture,” and “a brightness and purity that makes it wonderful with food,” She recommends that people who have not been drinking it in recent years should discover, or rediscover, “how phenomenal it is.”

If there has been a knock against Merlot, it’s that it’s too delicious, too supple and basically too easy to love,” Ary says. “I don’t see it that way. We make serious Merlots with the structure, complexity and aging potential to stand alongside the best wines in the world.”

TASTE OF THE TERROIR

To winemaker David Tate, Merlot is one of the varieties that best expresses the terroir where it is grown. The Merlot he makes for Barnett Vineyards comes from grapes grown in the steep and rocky terraces on top of Spring Mountain; the wines reflect the struggle of the vines in the infertile, volcanic soil.

“The beauty of the fruit that you get off these hillside vines is amazing,” Tate says. “When you crush the bunches of smaller berries, the extraction, the flavor is so much more concentrated.”

The hard-won smaller berries are so intensely flavored, with a very low juice-to-skin ratio, that Tate says he has to be cautious with the extraction—or drawing out of the grape skins’ flavor, color and tannin—so the resulting wine has structure and aging potential without being overly tannic. “A great Merlot, in my opinion, has black plum, heading toward blackberry, with cinnamon and clove,” Tate adds. “Merlot is viscous and lush.”

Tate has also witnessed Merlot’s post-Sideways comeback. “Merlot had been stagnant ever since that terrible movie came out and told everyone to stop drinking it,” Tate explains. “Now, they go back to it and say, ‘This is wonderful.’”

“We grow Merlot in Stags Leap District as well as Carneros within Napa Valley,” says winemaker Ted Henry, explaining that the difference in temperature between the two areas makes for two dramatically different styles. “I find the Stags Leap Merlot is more powerful and rich, and the Carneros Merlot tends to be more fruit-forward and fresh.”

Henry reveres the Merlot grape, pointing out that it is the main grape planted in Bordeaux and he says Napa Valley is one of the ideal wine regions in which to grow it.

Like the two very different styles of Merlot that Clos Du Val creates, Napa Valley can produce a wide range of Merlot styles, due to the vineyards’ different elevations, aspects (exposure to the sun) and soil types.

Henry’s preferred flavor profile for Merlot includes “a considerable amount of body and some spice and chocolate notes to complement the red fruit that the wine typically shows. It should be rich and have a long, lingering finish.”

WITH ALL DUE RESPECT

“I do not believe Merlot gets its due,” says Brookman, Miner’s general manager and director of winemaking. “Consumers, rightly so, associate Napa Valley with world-class Cabernet Sauvignon. However, the climatic and soil conditions that are necessary for growing great Cabernet Sauvignon are also required for outstanding Merlot.”

How does Brookman describe his perfect Merlot?

“Great Merlot should have a very dark fruit character that is reminiscent of boysenberries and blueberries, with floral notes and hints of vanilla,” he says. Acidity, while present, should be on the lower side to really showcase the inherently silky smoothness of the fruit. Well-made merlot should also be age-worthy.”

One of the reasons Nate Weis of Twomey Cellars loves Merlot is its ability to pair with a hug variety of foods. Weis, who is vice president of winegrowing, says Twomey’s executive chef, Dominic Orsini, “has found it wildly fun with all sorts of dishes, from vegetable to protein to cheese courses.”

“The acidity and bright fruits make it a very versatile wine that can compliment many different cuisines,” Weis says. Weis thinks that Merlot’s texture makes it extremely approachable and enjoyable. The critical piece of Merlot is always the texture,” he says, “velvety tannins and a round and giving mid-palate.”

Over the past 20 years since its founding, Twomey Cellars has remained focused on Merlot, standing by it through its ups and downs in popularity.

We’re stubborn, passionate and not particularly concerned with external validation,” says Weis. “We make wines we love to drink.” 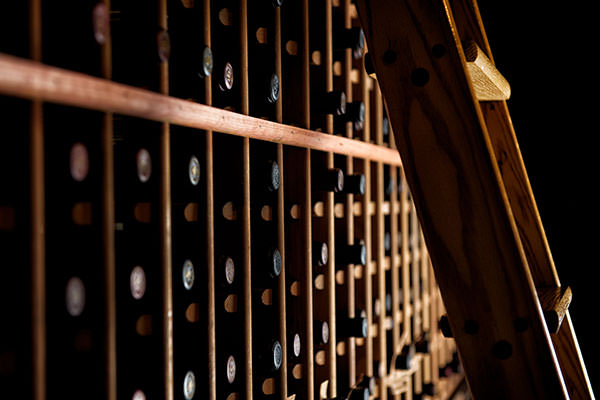 What to Ask in a Wine Shop