Putting Time in a Bottle

One of the more remarkable and romantic aspects of wine will always be its unbreakable connection with time. Most winemakers get one and only one opportunity each year to make wine from a given plot of grapes. The moment of harvest goes by in a flash, with the snip of the shears and the gentle plunk of grapes into a bin. But a vintage of wine grapes both represents and embodies an entire year’s worth of time—four seasons of weather and countless factors that can mean the difference between not being able to make a bottle of wine at all and crafting one that makes us swoon.

Napa Valley’s reputation as a world-class wine region derives, at least in part, from the fact that we do not suffer the kind of disastrous weather events that sometimes result in the loss of an entire vintage elsewhere in the world. Our weather is a bit like that old saying about pizza: Even when it’s bad, it’s still pretty good. The exceptions, perhaps, are increasingly frequent wildfires, but more on those later.

Many consumers barely notice the four numbers representing the year on a wine label, but even without extremities of weather, the particulars of a given vintage play a strong role in the character of the wine. Every vintage expresses its unique personality in the bottle for those willing to pay attention to the subtle ways that weather, water and the winemaker’s touch manifest in a wine’s character.

Anatomy of a Vintage

Winemakers like to say that the next year’s vintage begins the day after harvest. Indeed, once grapes have been removed, the vine’s work for the year is done and it begins shutting down physiological systems for the winter, entering a phase of life known as dormancy. While not much happens in the vine itself as it slumbers the winter away, plenty of things are happening in the world outside that can have an important impact on next year’s crop. Perhaps most importantly, rain begins to fall, replenishing the soil’s moisture profile and filling ponds used for irrigation later in the season.

In the early months of the new year, growers will prune their vines, an activity that not only helps them adjust crop levels for the coming year but also drives the timing of budbreak, the first milestone in a new season’s growth, when the nubbins of new leaves appear on the vines. With the unfurling of these fuzzy little fronds (in late March or early April), the vine’s metabolism restarts and it begins what is known as its vegetative cycle.

At this point, the vine wants only two things: sunshine and water. With photosynthesis going full throttle and green tendrils curling up along the trellis wires, the plant is busy working toward its next major milestone: flowering.

Flowering, and the rapid transition known as “fruit set,” in which the flowers become tiny berries, marks the beginning of the vine’s fruit cycle and the countdown to harvest. From this point forward, the vine has only one more major physiological milestone: the transition known as veraison, in which the hard, green berries take on the colors that accompany their fleshy ripeness.

After that, it’s just a matter of accumulating sugar and the transformation of berry chemistry that winemakers refer to as phenological ripeness before the grapes are ready to harvest.

Navigating a Year’s Worth of Hazards

Napa may not suffer the vine-shredding hailstorms that are the bane of winegrowers in France, but there are many things that can go wrong in a vintage.

The period of dormancy after harvest holds few threats thanks to Napa’s mild winters. After budbreak, frost becomes a danger, especially in valley-floor vineyards.

“In Napa, frost risk is going down,” says Adrienne Uboldi, grower relations manager for TEXTBOOK vineyards. “As weather patterns change, the threat is definitely less than it used to be.”

During flowering, rain can be extremely destructive, and even strong winds can cause grape clusters to form incompletely, reducing the yields at harvest.

“The faster you can have flowering, the better, and the more likely you’ll have good fruit set,” says Lorenzo Dalla Brea, director of vineyard operations for The Hess Collection Winery.

Between fruit set and harvest, apart from irrigation, Napa winegrowers spend their time worrying about light and heat. Good fruit maturation depends on how effectively the vine’s canopy can generate the energy required to ripen grapes.

Napa Valley’s summers are typically hottest at the end and a September heat wave has become a hallmark of the valley’s climate.

“I like to say you always farm for Labor Day,” says vineyard consultant and winemaker Steve Matthiasson. “Europe worries about rainstorms during harvest. For us, it’s the heat.”

Heat, yes, but also in its most extreme form: fire. Wildfires have left their mark to a greater or lesser degree in the past few vintages, perhaps none so dramatically as in 2020, which saw the loss of several wineries to the flames and lingering uncertainty about smoke damage to the grapes throughout the valley.

The Recipe for an Ideal Vintage

On the one hand you might say that perfect weather makes for a perfect vintage, but it’s not as simple as mild sunny weather from spring to autumn.

“The best vintages are not perfect weather from the vine’s perspective,” says Matthiasson. “The perfect year is the perfect amount of adversity applied evenly throughout the growing season at all the perfect times.”

For a vine, adversity comes primarily in the form of water and nutrient stress, as the vine does its work converting sunlight into sugars. Matthiasson likes to compare this to a really hard workout, one that builds strength but never gets far enough to tear a muscle.

So, what makes for a perfect grapevine workout, according to Matthiasson? “A dry spring, but not too dry. Warm but not too hot, and nice and cool at night. As the days get shorter, the dryness needs to continue but not to the point of being too dry. We want just enough fog in there to give the vine a break from the heat and dryness. We want the vines really tired by the time they cross the finish line at harvest, but not exhausted.”

The Flavors of a Season

The characteristics of a given vintage can be perceived in different qualities of a wine’s personality.

“Cooler vintages are always marked for me by delicate florals and herbal characters,” says Priyanka French, winemaker at Signorello Estate, “whereas for more generous, warm vintages you get a darker fruit profile with licorice and dark plum, and you’ll see the floral characteristics more as the wine ages and opens.”

To protect its precious fruit from excessive heat, a grapevine manufactures more tannins and more of the compounds that add color and flavor to red grape skins, resulting in more structured wines, whereas in cooler years grapes may not get quite as perfectly ripe, leading to lower alcohols, higher acidity and a different flavor profile.

It’s important to note, however, that attentive growers spend the entire summer tending their fruit to manage these characteristics, and the tools of canopy management, irrigation and crop thinning can easily compensate for all but the most extreme versions of what Mother Nature may provide. Skilled vineyard management can easily permit a winegrower to make a leaner wine in a hot year, a riper wine in a cool year, and significantly influence the tannin and acid profiles of the grapes at harvest.

That said, some vintages make the grower (and the vines) work harder, with sometimes frustrating, occasionally spectacular results.

A Brief History of Napa Vintages

In considering Matthiasson’s description of a perfect vintage, you’d be forgiven for thinking it sounds an awful lot like a standard Napa summer.

Since the heralded vintage of 1994, Napa has experienced only three years of truly difficult weather. Four if you count the fires in 2020. Both 1998 and 2011 were vintages marked by significant and unusually prolonged rain through harvest, resulting in higher than normal amounts of mildew and mold, not to mention mud that prevented winegrowers from getting equipment into the vineyards for harvest. On the other hand, 2010 was simply just cold from spring onward, until a single dramatic spike of heat in September pushed grapes into some semblance of ripeness.

Despite their problematic character, however, these three vintages still produced some excellent wines in the hands of many a competent producer. The cooler vintage of 2010, for instance, may appeal to those (like me) who prefer more medium bodied, higher-acidity Cabernet Sauvignon. Conversely, 1996 was the hottest year of the 1990s, and 2006 had one of the longest heatwaves in Napa’s history.

As much as it sounds like the invention of an overzealous marketer, it remains a remarkable truth that wine lovers really don’t have to be that careful selecting vintages when purchasing Napa Valley wines. While each will bear the imprint of a year’s worth of weather, they will invariably be beauty marks, rather than scars. 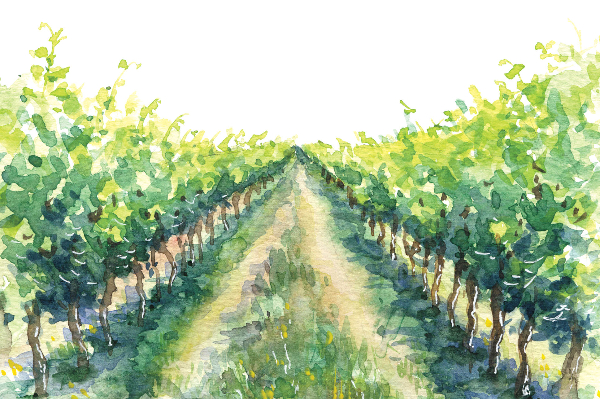