In 2012, Andy Erickson, winemaker and co-proprietor at Favia, did something unusual—he combined Cabernet Sauvignon and Cabernet Franc in a concrete egg (a vessel used often in white winemaking) to ferment together and left the wine on its skins for 100 days (rather unprecedented). He went on to break more new ground, aging the wine for 100 weeks in 100 percent new French oak. (He grins at the litany of 100s.) “We were just seeing what would happen,” Erickson says, “when the wine was left on the skins that long.” The result, he reports, was so good that the red became the wine he contributed the next February for Premiere Napa Valley (affectionately referred to as Premiere).

Little known among the general public, Premiere Napa Valley is an auction attended by trade representatives from around the globe—wine retailers and restaurant wine buyers. And each year winemakers across the valley craft unique wines in quantities of as few as 60 bottles and never more than 240 bottles. No Premiere wine has ever been made before nor will ever be made again. The wine buyers who gather for the auction are on the hunt for what essentially are some of the world’s rarest wines. Whoever buys the wine gets every bottle for his or her customers.

A MOMENT IN TIME

Sam Kaplan, winemaker for Howell Mountain–based Arkenstone Vineyards describes the pleasure he gets from creating a wine for just one moment in time and for the people who will share these rare bottles with their friends and families. Of course, there’s the rush at the live auction when the paddles—and the prices—start going up. His heart is always racing. “I’ll never forget our first Arkenstone Premiere lot,” he says, “when we were just starting out as a winery. We had gotten some buzz on the ground beforehand and we ended up doing really well.” It’s a modest understatement, to be sure; with that first lot, Arkenstone became one of the wineries to watch in subsequent years. In fact, Kaplan is consulting winemaker for other brands as well now and there’ve been years when he’s had multiple lots take the top spots when the last gavel came down.

And for Kaplan, creating one-off wines for Premiere Napa Valley provides excitement all year, with the potential constantly on his mind. “It’s fun!” he says of the process. “It’s neat to play with new terroirs,” speaking of the elements in a vineyard— soil, climate and nuances of farming—that determine the character of the wine. He might, for instance, choose a barrel from a new vineyard he’s just starting to work with. It’s a chance for him to give the auction bidders—and their customers back home lucky enough to end up with the bottles—a preview of where the winery is headed, what it’s capable of. “I can make something no one can get unless they buy the lot,” he says. But clearly that’s not enough for Kaplan. “It has to be stunning—blow people away,” he adds. “If I’m putting my name on a wine, it has to be top-notch.” And setting the bar at personal-best levels, in turn, means labels on which Premiere Napa Valley shares space with names like Kaplan’s are marks of special wine indeed.

IT’S ALL ABOUT RELATIONSHIPS

Beyond the process of making a wine that’s never been made before and the rush of live bidding, though, Kaplan describes where his real satisfaction lies—in connecting with the buyers of his bottles. He looks forward to traveling to wherever in the world the bottles land, to meet his customers, share wine dinners with them (even if that’s Switzerland, he says—true story, he has fans there).

For those who gather each February for Premiere, the hunt for fines wines is based on relationship-forging as well. The tasting before the live auction, with the chance to discuss each wine with its maker, is actually the culmination of almost a week’s worth of research, in the form of tastings and homecoming-like dinners hosted by the vintners. It’s a preview week, a chance to interact with prospective buyers, that Rene Ary, winemaker at renowned Duckhorn Vineyards and honorary chair of the 2020 Premiere Napa Valley, acknowledges that the winemakers value highly as well. “We get important feedback about what clients like,” she says. And they, in turn “get a great snapshot of Napa Valley for the vintage being presented.”

It’s an early glimpse, to be sure. The 2020 auction, for instance, will focus mainly on 2018 wines, which are babies in the barrel still. As Kaplan puts it, “I have to strategize about what will be great years down the road but will also show well this early.” Because of this, and the sheer transparency of making such a small amount of wine, Ary admits that it’s one of the hardest wines she makes. But, she says, it’s always one of her favorite blends.

Ary starts planning her auction lot as early as harvesttime, looking for things that stand out to her as she walks her vineyards or jump out at her in the cellar. “I might see something in the vineyard,” she says, “and think, ‘I could treat that differently. That might be a really good match with that Icon barrel I just got.’ ” The fruit Ary’s referring to is from Block 5 in Duckhorn’s sought-after Three Palms Vineyard, always her best in any given vintage. Her goal is not to stray far from Duckhorn’s core, traditional winemaking (which the winery’s loyal clients expect), but create something fun, a little different.

And what might all this rare winemaking and trade bidding have to do with wine lovers writ large? Short answer: The relationships formed and the one-of-a-kind wines tasted here move on to be shared in the wine shops and restaurants these bidders preside over across the country and around the globe. Along the way, Napa winemakers have regaled their trade friends with stories of the vintage. And you can be sure they’ll pass along the details as every bottle is sold—fuel, in turn, for conversation when the bottle is on the table among friends.

While only 60 to 240 bottles of each Premiere wine are made every year, the bottles are not hard to find. They make their way to great wine shops around the world. A few questions at your favorite store would likely lead you to a winning Premiere bidder. And a relationship with one or more of them just might put some of Napa’s rarest wines in your cellar. 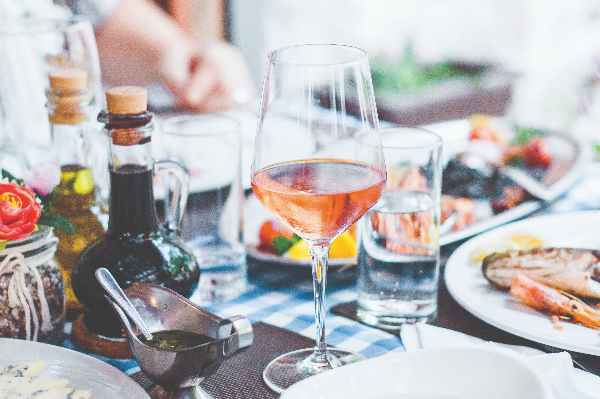